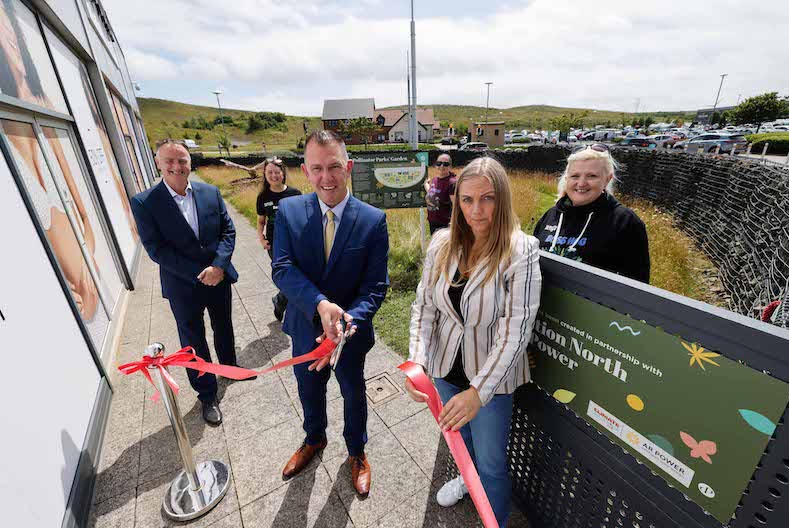 The buzz about town

Dalton Park is the first retail park in the North to have introduced a Pollinator Parks® Garden.

During lockdown last year, we worked with Climate Action North to transform an under-used garden area into an important (and beautiful) insect habitat designed to attract bees, butterflies and more.

The garden has now begun to bloom and was officially opened by Cllr Robert Adcock-Forster and Cllr Julie Griffiths from Durham County Council on July 15th.

“To further bring the Pollinator Parks® Garden to life, local willow artist Ruth Thompson was asked to create a butterfly sculpture centrepiece. Perched on a willow flower, it looks fantastic and really celebrates what the Garden’s all about.

“This project is the first in a series of phases to further develop our existing outdoor spaces into areas that will help a wide range of species thrive and flourish. More than 350 wildflower plants were used to establish the garden, containing over 40 different species, all native to Britain and all attractive to bees, butterflies and birds.” 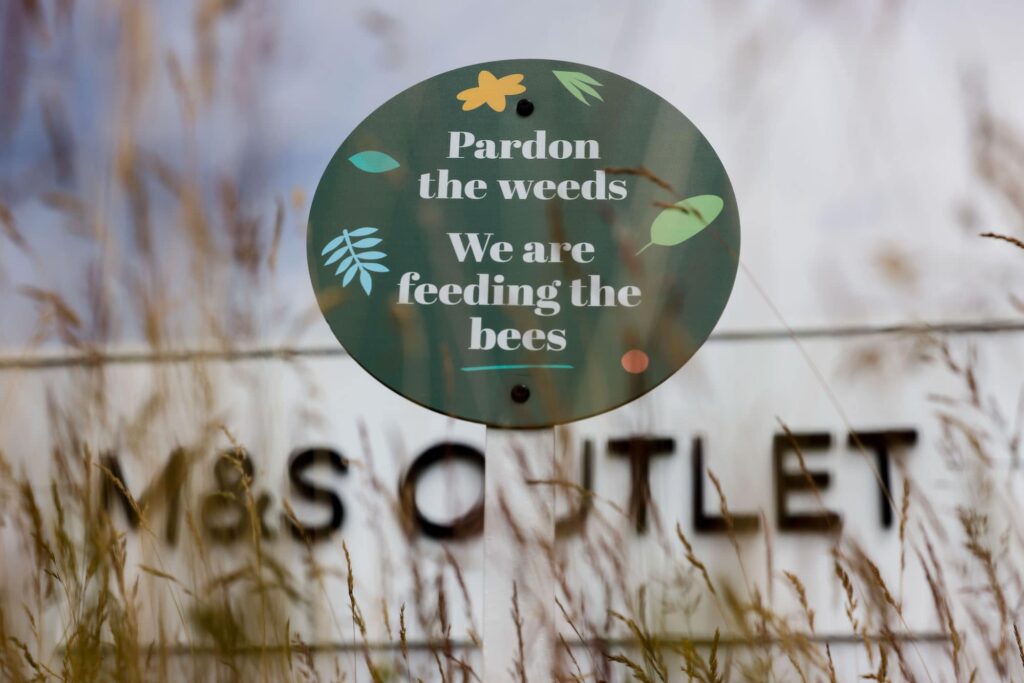 According to organisations like The Wildlife Trust, insect pollinators are responsible for every third mouthful of food we eat and are estimated to be worth £690 million to the UK’s economy, thanks to the number of crops they pollinate annually.

The Pollinator Parks® Garden, joins Dalton Park’s 55 acres of landscaped Parkland in providing a biodiverse habitat for a wide range of species to thrive, and a colourful, welcoming and attractive landscape for guests, hardworking staff and retailers to enjoy.