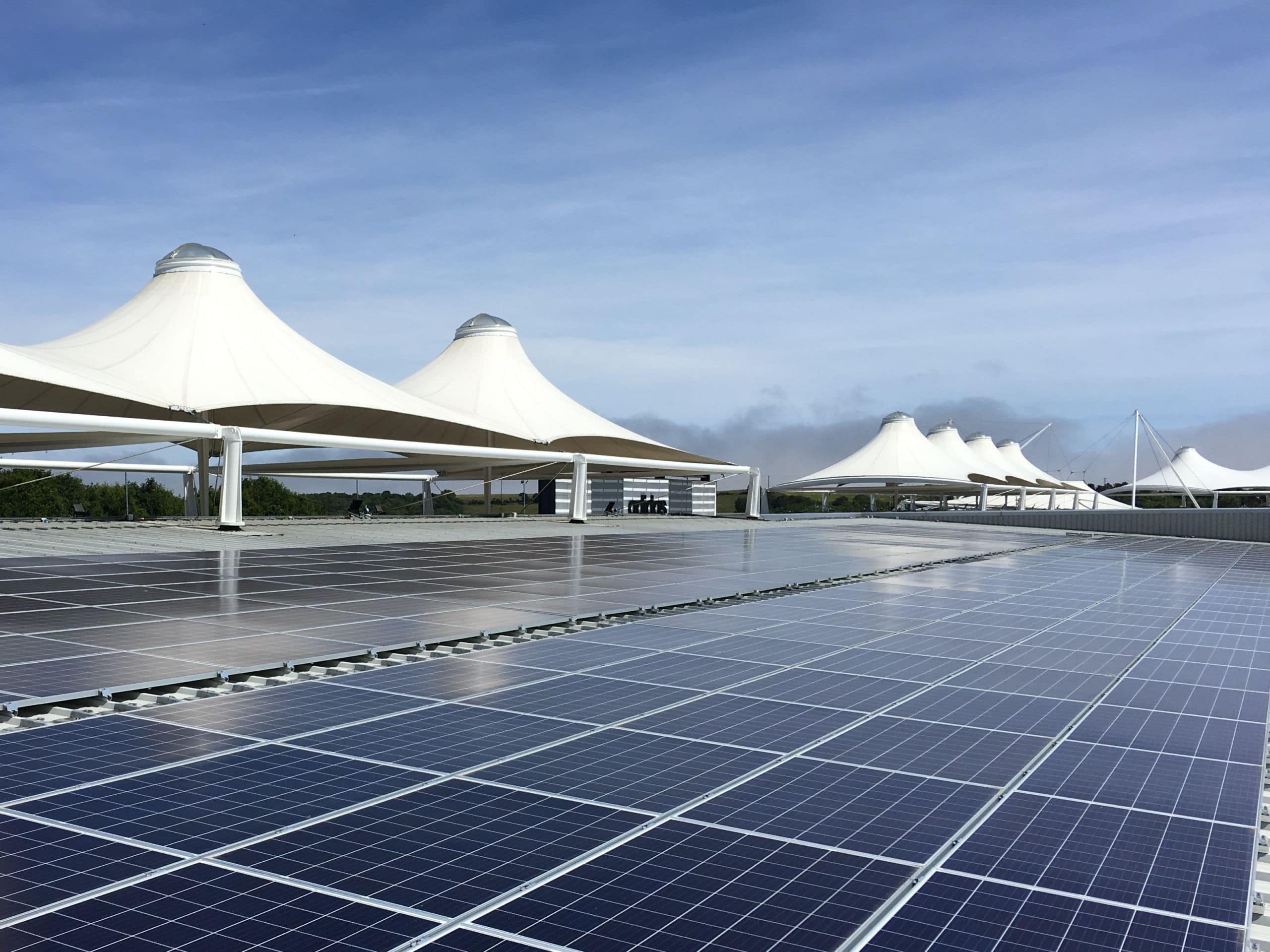 At Dalton Park we recognise that retail park activities can have an impact on the environment. As a result we have developed an Environmental Management System (EMS) covering the management and operation of the Retail and Leisure Park, in accordance with requirements established in the international standard – ISO 14001:2004. You can read more about this here.
All of our activities can, if uncontrolled, cause increased levels of risk to the environment so here at Dalton Park, we are committed to continual improvement and pollution prevention. Here is a little more information on some of the actions we have taken recently.
Electricity
In July 2018 850 PV Panels were installed on 2 roofs at Dalton Park and since then have been generating energy which feeds back into public areas in the Centre.  During 2019 the solar panel installation generated 198,599kWh of energy which was enough to power 53.91% of these controlled areas for the whole year.
The amount of energy generated by the solar panels is equivalent to:

Water
Water consumption in public areas for 2019 reduced by 623.44 cubic meters on 2018 which is equivalent to the average yearly water usage of 4 UK households or take a shower 12,469 times or use the washing machine 11,335 times
Waste
Dalton Park sends none of the waste produced on site to Landfill, instead all waste is either recycled, sent to incineration with energy recovery or anaerobic digestion with energy recovery which is fed back into the grid.

There’s always more that can be done so we are continually reviewing our sustainability initiatives. Whether it be a small scale litter picking activity at local beaches to installation of solar panels we are committed to making year on year improvements.