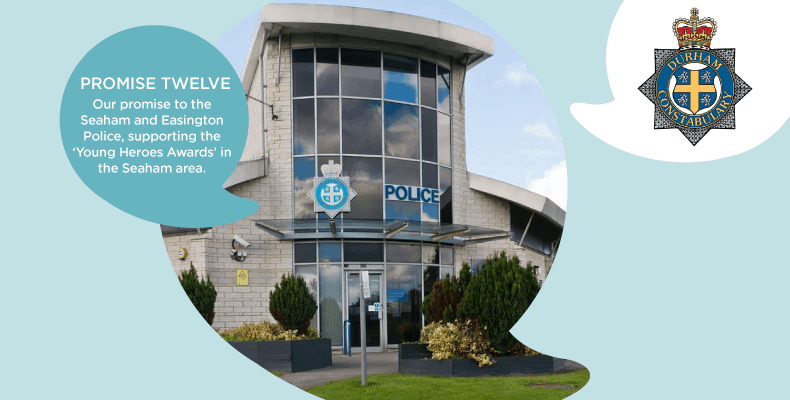 Dalton Park’s 12th pledge promise has received a real heroes’ welcome by the Seaham and Easington Police.
We have teamed up with the neighbourhood policing teams to support the rollout of ‘Young Heroes Awards in the Seaham area.
The project, which has already seen great success in the Peterlee area, will be launched in Seaham in April, aiming to highlight the positive contributions to the community made by young people.
Headed by PCSO Carole Hutton, of Seaham Neighbourhood Police Team, the project hopes to break a negative stereotype that tars many under-18s with the same brush.
PCSO Hutton said: “There’s a perception held by some that young people are only out to commit anti-social behaviour or to get involved in low-level crime, but that ignores some of the great work being done by the majority.
“As police, we get to see both sides of the story, and our hope is that the Young Heroes Award will highlight the positives, which I believe far outweigh the negatives.”
Police are seeking nominations for any under-18 who has made a positive contribution to the community, or who has made a random act of kindness.
To find out more, visit here.